DeFi on Bitcoin: the new route to decentralised finance

Is DeFi also possible on Bitcoin? Discrete Log Contract (DLC) could represent the first step towards a truly decentralised and peer-to-peer finance

Over the last few months there has been a growing hype in the world of DeFi, i.e. „Decentralised Finance“, a fairly generic concept in itself, but one that has been used very intensively for the promotion of various projects on Ethereum. Decentralised finance, however, is by no means a new phenomenon; on the contrary, one could argue that it is even older than centralised finance, as historically most financial exchanges took place without intermediaries. Suffice it to say that for millennia, value has been exchanged all over the world simply using gold coins, without financial intermediaries or central banks, and that most loans were peer-to-peer within households or local communities.

In the modern era, however, partly with the aim of achieving higher performance and efficiency and partly due to progressively stricter regulations, financial exchanges have become increasingly centralised, both with the advent of central banks and the evolution of commercial banks and the development of payment intermediaries. In fact, Bitcoin was born as an attempt to reverse this trend, eliminating the need to rely on trusted third parties to manage our economic interactions and exploiting the state of the art of cryptography to be able to exchange value securely even with strangers.

As a result of Bitcoin’s success, many people have begun to look for ways to manage even more complex financial transactions in a decentralised manner, with the aim of being able to replicate all the activities of traditional finance without the need for intermediaries. It was with this objective in mind that Ethereum was promoted and developed, which sought to offer advanced smart contracts using a more generic and less specialised transaction scripting language than Bitcoin’s, thus creating its own ecosystem which then adopted the term „DeFi“ for the marketing of many of its projects.

However, what was developed on Ethereum was achieved with trade-offs that were in some ways very limiting. First of all, Ethereum’s choice to keep all the logic of smart contracts on the blockchain with global consensus immensely limits the scalability of the system, making it increasingly difficult for users without high-performance hardware to validate the Ethereum blockchain without having to rely on external services, and increasingly expensive, in terms of fees, to execute contracts with complex conditions. Furthermore, by keeping all the data for the execution of contracts in a public ledger, the level of confidentiality for users is obviously very low, which makes the system less attractive for those who need privacy (e.g. a company that does not want its competitors to know what derivatives it is exposed to).

Fortunately, while many projects were born on Ethereum, other working groups have invested time and resources to build, in parallel, a more scalable and confidential smart contract infrastructure, working directly on Bitcoin, which is a cheaper blockchain to validate and with a more security oriented approach to innovation. Although some people criticize the Bitcoin ecosystem for this excess of prudence and slowness in innovation, in recent years it is undeniable that the technological infrastructure built on it has grown immensely. Just think of the enormous progress on Lightning Network and Sidechain, the less appreciated but equally important tools for developers like Miniscript and the many ambitious projects under development, such as RGB to enhance tokens on Bitcoin and Statechain to further improve scalability complementary to the Lightning Network.

However, the most relevant development for the DeFi and smart contract world on Bitcoin is undoubtedly the Discrete Log Contract, or in short DLC, proposed for the first time in a 2017 paper by Thaddeus Dryja (also author of the first paper on the Lightning Network). The term refers to discrete logarithms which, without going into too much technical detail, are the basis of the elliptical curve cryptography used in these special smart contracts. What is more important, however, is what they allow. In fact, DLC smart contracts allow two or more counterparties to make generic bets whose result will be determined by an oracle (i.e. data source), without this oracle ever knowing the existence of the bet and how the data it provides about events in the real world will affect the execution of the contract.

But how can the oracle certify within a smart contract without being aware of the existence of the smart contract itself? The innovation brought by DLCs is precisely in exploiting a cryptographic trick within the elliptical curves used for digital signatures in Bitcoin, which allows the oracle to treat the signature of a message by the oracle (where the message would be the output of the bet, „TRUMP“ or „BIDEN“), as if it were a private key that can in turn sign the transaction that unlocks the funds to the winning side.

This way, if Alice wins Trump, she can unlock the funds using her private key plus the oracle signature of the „TRUMP“ message to sign the transaction; if Biden wins, Bob can do the same using his private key plus the oracle signature of the „BIDEN“ message. If, on the other hand, the oracle disappears, or is unable to sign either output because the election result remains disputed and there is no obvious winner, Alice and Bob can take back the collateral put in the contract with the refund transaction.

This is clearly an extremely simplified explanation that omits several mechanisms necessary to mitigate some malicious behaviour that the two parties might undertake in particular situations, but it is still sufficient to understand the potential of this scheme.

In fact, beyond betting on political or sporting events, DLCs can also be used to create real financial derivatives where the object of the bet can be the price of an asset (e.g. Alice and Bob bet on the bitcoin price at the end of the year) and the outputs can be not only binary but also granular, through the preparation of hundreds of different payouts for hundreds of different price ranges for the future BTC/EUR rate, thus creating very censorship resistant futures, confidential and with an extremely reduced need of trust towards third parties. Precisely with regard to the problem of the trust also, to mitigate the risk that an oracle makes an incorrect reporting on an event, it is possible to rely on several oracles, so that the payout between the two parties is distributed according to the average prices reported by the various oracles.

Last but not least, DLCs are also compatible with the Lightning Network, at present only within bidirectional channels but, thanks to the next evolutions of LN (i.e. payment points), it will also be possible to routing economic relationships regulated by contracts of this type, thus allowing to obtain great scalability and reduced costs.

The first experimental DLC was performed in 2019 between CryptoGarage and Blockstream, who bet on BTC’s future price by creating a forward peer-to-peer contract. Subsequently, other companies and researchers began to experiment, working on shared formal specifications and implementing DLCs in some open source bitcoin libraries. But what will probably unlock the potential of DLCs for good is the next soft fork on Bitcoin, which will introduce a new type of digital signature called Schnorr and the new Taproot smart contract scheme. These innovations will significantly increase the complexity of creatable contracts without increasing the size of their settlement transactions.

It is important to note that what distinguishes Bitcoin’s approach to smart contracts more than the Ethereum approach is the fact that Bitcoin holds most of the complexity at the application level: it is the clients who will have to store the transactions for all possible contract outputs in the user’s local memory, thus using the blockchain only for the final settlement of the winning outcome. On Ethereum, on the other hand, smart contracts are executed in their entirety on the blockchain with global consensus, thus limiting their future development and users‘ ability to carry out independent auditing of the system due to the excessive amount of data to be validated.

DLCs are the first step in creating truly decentralised and peer-to-peer finance, where it will be possible to engage in arbitrarily complex financial relationships with untrustworthy counterparties without having to switch from traditional finance gatekeepers. It is important to keep in mind that building the technological infrastructure to make this possible without compromising the decentralisation of the system is an enormous undertaking, which will require years of work and the allocation of many resources to finance its development, but the way to create a real alternative finance is now marked.

It has been a month since the Bitcoin Network (BTC) miners‘ reward went through the 2020 hallway, and much has happened to the prevailing cryptomint since then. From the changes in investor and trader behavior to the exponential growth of institutional interest, the halving seems to have marked the beginning of a new reality for all Bitcoin Formula market participants.

Although halving didn’t come with the immediate price increase that many had associated with the event, there are some key factors that indicate the beginning of some changes that may be here to stay, some of which may even be fundamental to the future of Bitcoin as an asset class.

In fact, some believe that 2020 has all the makings of a great year for Bitcoin in terms of price and visibility. A recent Bloomberg report even expects Bitcoin to surpass its 2017 record prices to reach $28,000. Recently, Simon Dedic, co-founder of the cryptanalysis company Blockfyre, even went so far as to say that $150,000 could be a target in the event of a bullish move.

Although the beginning of 2020 showed declining volumes for Bitcoin’s regulated derivatives on the Chicago Mercantile Exchange, this trend seems to have been completely reversed after the halving, which occurred shortly after veteran hedge fund manager Paul Tudor Jones showed his appreciation for Bitcoin and revealed a stake in the digital asset, stating: „The best strategy to maximize profits is to have the fastest horse. If I’m forced to make predictions, my bet is that it will be Bitcoin.

Skew’s data reveals that Bitcoin derivatives in the WEC began to register record numbers shortly after halving. This trend continued throughout May. According to the May CryptoCompare review, Bitcoin derivatives volumes on CME’s soared 59% to $7.2 billion. The document says:

„Total GCE option volumes reached a monthly high of 5986 contracts traded in May. This figure represents 16 times the April volumes. WEC futures volumes have also recovered since April, increasing by 36% (number of contracts) to reach 166,000 in May.

Following news of 3iQ’s Toronto Stock Exchange-traded Bitcoin fund about a month before the halving, Grayscale revealed that its cryptomoney funds contributed more than $500 million in the first quarter of 2020, indicating that institutional interest continues to make headlines.

On June 10, the London-based ETC Group announced the listing of the first cryptomoney product to be traded on Germany’s Xetra digital stock exchange, and a recent survey published by Fidelity found that more than a third of institutional investors worldwide are interested in digital assets such as Bitcoin, and 80% of all investors surveyed find this asset class attractive to some extent. Cointelegraph asked Jonathan Hobbs, the chief operating officer of the digital asset hedge fund Ecstatus Capital, his opinion on the rationale for the recent institutional interest in BTC. Hobbs testified:

„The Federal Reserve’s bond purchase program has increased its balance sheet by about $6 trillion since the 2008 financial crisis, and about half of that comes from its fourth round of Quantitative Expansion earlier this year. As a result, more investors are seeing Bitcoin as a possible hedge against inflation. Bitcoin’s halving has certainly played a role in this narrative. Institutions are also seeing Bitcoin as an uncorrelated asset with a good risk of reward. 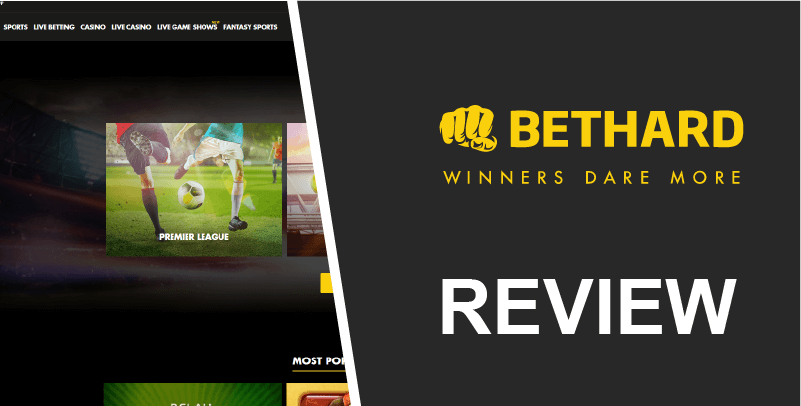